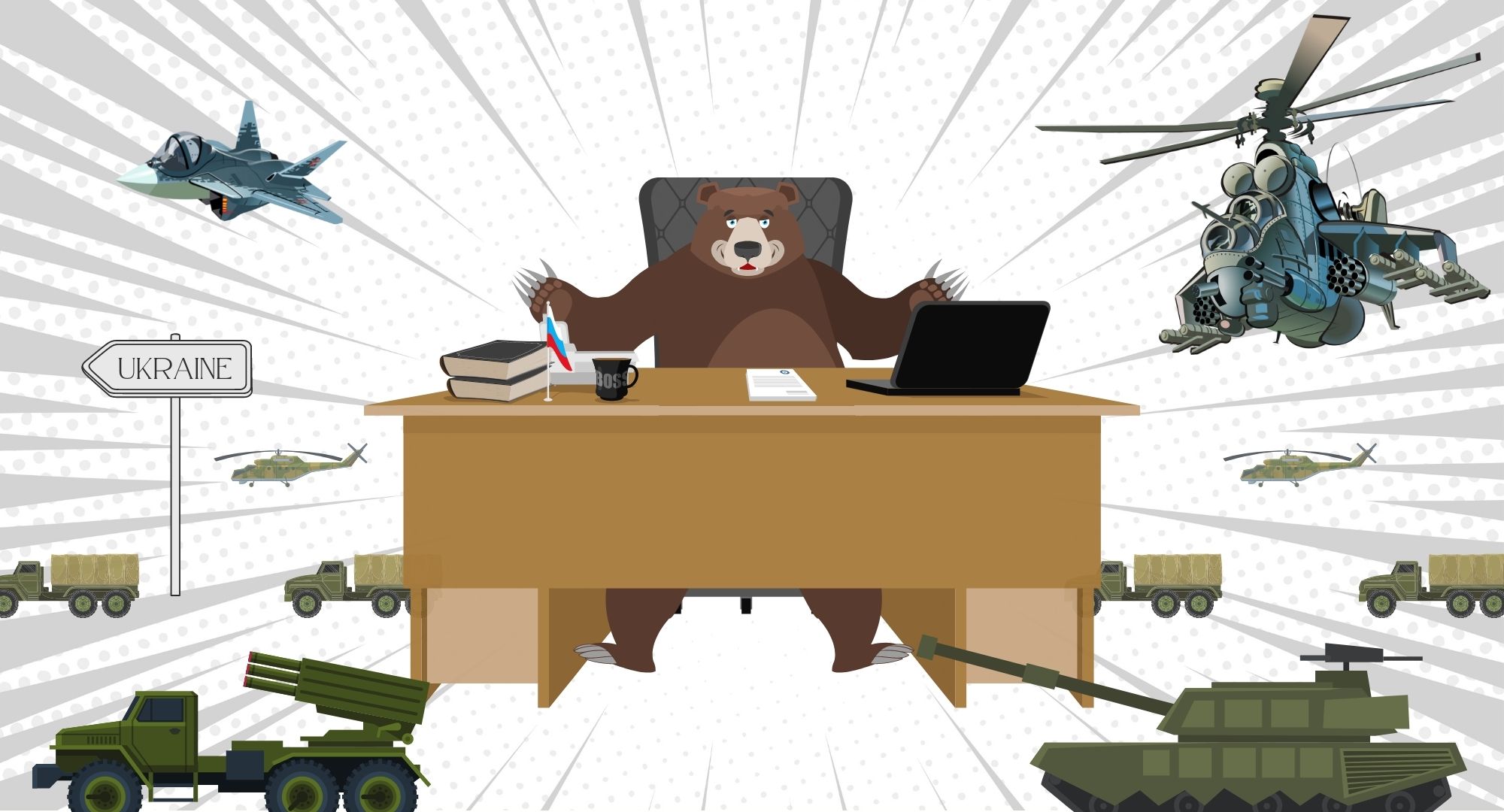 Over 150,000 Russian forces have encircled Ukraine in the past months. Thanks to Open-Source Intelligence (OSINT), the world is watching.

Everything we know about the units and hardware positioned along Russia’s and Belarus’ frontier with Ukraine is due to satellite imagery, social media, flight and vessel trackers, railcar registries, and other open-source resources. If, and when, Russia further invades Ukraine, OSINTers will learn almost immediately.

You can also stay on top of the situation with this brief pocket guide on using OSINT for monitoring the accumulation of Russian troops at Ukraine’s doorstep. We aim to spotlight some brief ideas you can implement right now to #knowmore about Russia’s war preparations.

If you are interested in an analysis of the Russian military build-up, see our article on T-Intelligence (our sister platform).

TikTok has been the go-to social media platform for eyewitness footage of Russian hardware rushing to the Ukrainian border. We first observed this (at a large scale) in March-April 2021 (see our analysis on the topic here, here, and here), when the current build-up began.

It was surprising to see TikTok so fervently embraced by Russian users who are typically loyal to Vkontakte and Telegram. Coping with this realization, we developed a module on TikTok for OSINT for the Knowmad OSINT course, drawing from the lesson learned in spring 2021.

You might say that you saw most videos on Twitter, but nearly all of those came from TikTok. Look for tell-tell signs like the uploader’s username and TikTok logo watermarked on the footage. If you want to check the source of a video (which you should), add the username, watermarked on the video, after “tiktok.com/@,” in your URL bar. You’ll land on his/her profile. You can try this process using one of the many videos that @GirkinGirkin aggregates on Twitter.

From there, feel free to further investigate by downloading videos of interest. To archive the footage, you can use any online TikTok video downloader, the in-app “save the video” option (don’t recommend using the app), or from the source code (desktop):

Once downloaded, you may run a frame-by-frame analysis or attempt a number of other methods to derive information from the video – see next section.

A GOOD TIME TO TAKE INVENTORY

The influx of social media footage allowed analysts to take stock of the myriad of equipment deployed towards Ukraine. As part of this process, you need to:

Our map at @Cen4infoRes showing the movements of Russian military forces along Ukraines borders now has 250+ pieces of geolocated & verified footage: https://t.co/52ovgsfc8a pic.twitter.com/wBvyQppNJ8

SO CLEAR YOU COULD BE THERE

Those familiar with our work at T-Intelligence know that openly available satellite imagery is one of our tenet instruments. We mainly work with high-resolution (HR) imagery (3m/px resolution), which is enough to notice infrastructure change, the concentration of equipment, and other significant changes like ground scaring.

We also use Synthetic Aperture Radar (SAR) to see through cloud cover and bad weather. The image return is more similar to radiography than the crisp, true-color picture people expect when they hear satellite imagery. SAR was handy as Belarus and western Russia was under constant cloud cover and snowstorms, blocking the view for optical lenses. However, thanks to the European Space Agency’s Sentinel-1, we could monitor the identified staging points for hardware supplementation or drawdown/re-deployments elsewhere, and see infrastructure like pontoon bridges pop-up overnight.

HR imagery and SAR are great, but very-high-resolution (VHR) imagery (submetric) is even better. But it comes at a premium. However, as a beginner, you can take advantage of the plethora of VHR images released by Maxar Technologies, Airbus, Planet, and others. The quality is breathtaking – you can practically touch the Iskander launchers and field hospitals exhibited in Belarus’ “winter wonderland” or the tank clusters at the now infamous Pogonovo training ground.

This is the Pogonovo training ground, which was already closely monitored by analysts during Russia’s military build-up back in April 2021: https://t.co/a0lhla0UtA. These new @Maxar satellite images show battle group deployments incl. tanks and artillery. pic.twitter.com/VRSUxst4gI

Interesting items that popped up in @maxar & @planet satellite imagery over the weekend: A new field hospital and deployment of more ground-attack aircraft in #Belarus; arrival and movement of equipment at a site close to #Ukraine’s border. #Russia https://t.co/jFoVVZKUpU pic.twitter.com/E2wIgbcFTG

Practice identifying the hardware exhibited and take note of anything that seems mentionable. VHR imagery doesn’t grow on trees.

Bonus: what happens if you combined SAR with VHR?

Outstanding resolution showing the BTG to the north of the new camp. (imagery: @capellaspace) pic.twitter.com/6nA7G6qwBp

Those who have taken our OSINT course are familiar with the importance of metadata. However, the leaders of the Russian-backed separatist republics are not.

On February 18, the “Luhansk People’s Republic” (LPR) and “Donetsk People’s Republic” (DPR) released videos showing the presidents of the two organizations ordering an “emergency evacuation” following a car bomb explosion in Donetsk, blamed on Ukraine, and due to a claimed-imminent Ukrainian offensive. However, a look at the video’s metadata clearly shows that the file was created on February 16 – two days before the bomb exploded.

The least they could have done was to delete or alter the metadata before uploading the file on Telegram – the only major social media platform that doesn’t remove metadata. Sometime there’s a lot to be learned just by opening the “properties” tab on a file. When in the possession of an original file, preferably image, use any online EXIF data readers to obtain information such as creation date and hour, author, and more.

People were expecting that Russia would engineer a casus belii through a false flag operation for weeks. A perfect justification for unleashing its forces over the Ukrainian frontier. Was this Moscow’s best try?

We’ll have to wait and see how the situation develops. The likelihood of a further Russian invasion targeting Kiyv and Kharkiv is alarmingly high, potentially imminent.

Russian troops and hardware are re-deploying from major staging grounds to smaller pockets shadowing the Ukrainian border. The pontoon over Pripyat river is back as of February 19th. In war-torn Donbas, the DNP/LPR have called for an all-out mobilization and continue to violate the ceasefire using nearly all heavy artillery at their disposal.

So do what FORTE10, “invalid transponder code,” and others have been doing for years, and keep a watchful eye on the situation using flight trackers. 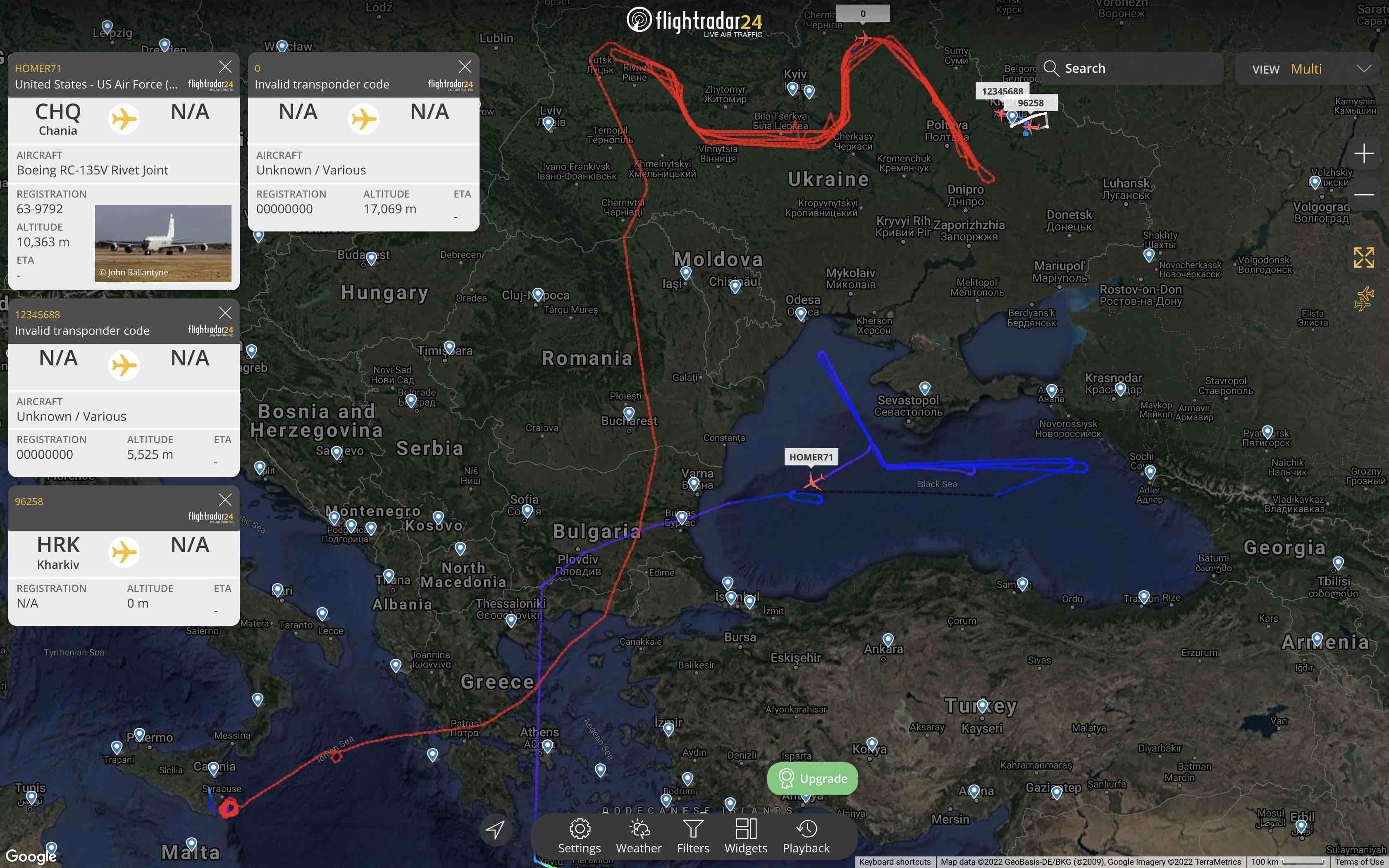