In this blog entry, I’d like to talk about the often-overlooked FIRMS as an OSINT tool for monitoring active warzones. Created by NASA, the Fire Information Resource Management System (FIRMS) is definitely not getting the popularity it deserves – this is our attempt to spread some awareness.

Using satellites to detect and display heat flashes within 3 hours of observation, FIRMS adds a new layer of “near-real-time (NRT)” situational awareness. Four satellites equipped with specialized sensors work around the clock to map out signs of active fires. Once identified, the “hotspots” are displayed as colored-coded and geo-referenced boxes (red – recent).

FIRMS was initially developed to provide early warning about potentially dangerous forest fires. But when applied to armed conflicts, FIRMS can pinpoint areas where there is active fighting (or has been in the past 3 hours). In a warzone, the colored boxes could signify explosions and/or the blazing aftermath of munition strikes (missiles, rockets, artillery, etc.). They can also indicate missile launches, not just impacts. For FIRMS, a fire is a fire, regardless of how it began.

Like most things in this field, one must confirm the FIRMS data and engage in analysis. As a result, visual inspection, preferable via satellite imagery, is a necessary follow-on action. Nothing beats optical imagery, but if you lack access to high-res imagery, or meteorological conditions obstruct the view, you can always use Sentinel-1’s SAR capability or a false-color banding from Sentinel-2.

FIRMS provides coordinates and capture time for every heat flash it registers, so all you need is access to satellite imagery to cross-reference.

In the example below, we validated a series of FIRMS flash alerts dated May 12 on what appears to be a forest west of Izium – a city in Kharkiv province under Russian occupation.

To gain some context, we glanced at some of the many user-made Ukraine conflict maps online. This one, for example, puts the cluster of heat flashes under Russian control but at the forward edge of the frontline west of Izium. One can draw the hypothesis that the hotspots are likely the result of Ukrainian artillery strikes on Russian positions. 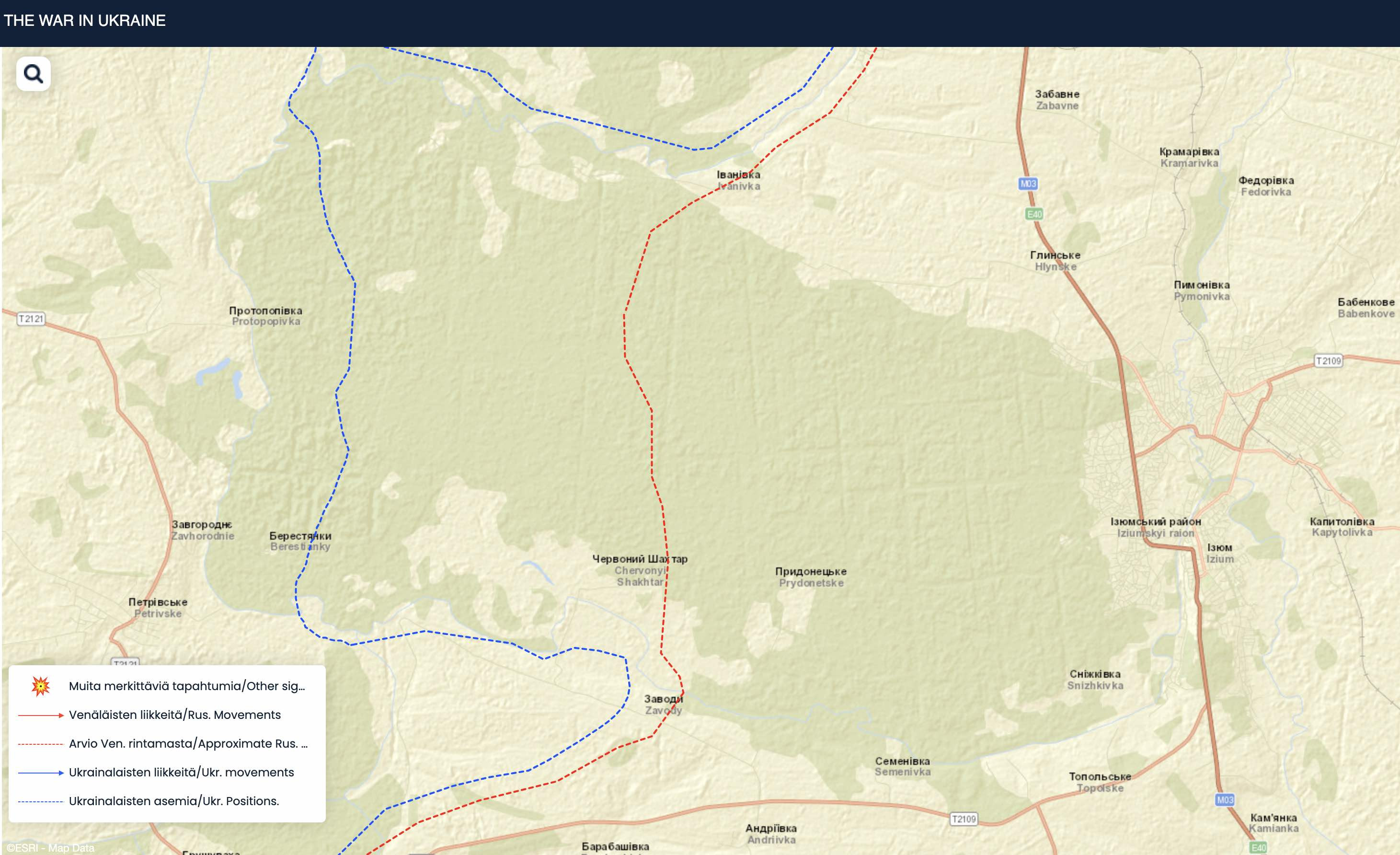 Another way to corroborate FIRMS reports is with social media and traditional news. Without diving into details, here’s what FIRMS detected between May 6-9 when Popasna, a key city in Luhansk province, fell under Russian control. Heat flashes are consistent with multiple reports of heavy fighting in the city (6-7 May), after which the Ukrainians withdrew (8 May).

Screenshot of FIRMS report fires between 6-8 May 2022 (FIRMS)

And yes, FIRMS has a historical archive, so you can revisit heat flashes from any given date. In addition, you can download the data and import it into your software of choice like Google Earth Pro.

While FIRMS is great tool for NRT situational awareness, it is not a definitive way to confirm or deny if a certain event took place. There are many factors that contribute to what FIRMS consider a heat flash, and most of the fighting will likely not appear on the map. Instead, use FIRMS as way to get clue/indicators as to where heavy fighting may be ongoing.

This just one of the many tools, or combination of tools and methods, that we use to follow the Russian invasion of Ukraine.